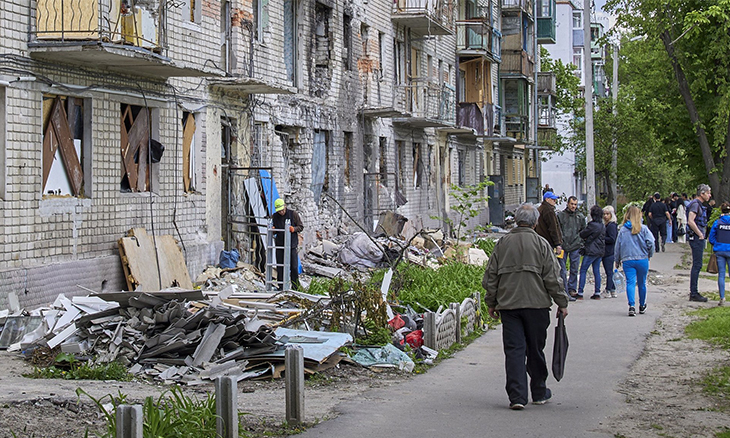 About 2.1 million Ukrainians have already returned to the country, says the United Nations (UN), cited by the Observer.”The pendulum movements of people who go and coming from the border to visit family members, check their properties or return to work are on the rise”, said this Friday the spokeswoman for the United Nations High Commissioner for Refugees (UNHCR), at a press conference in Geneva, in Switzerland.According to the UN agency, the number of Ukrainians who fled the country due to the Russian war reached 6.6 million people.According to the UN, Poland received 3.5 million Ukrainians, more than half of the total of those who fled the war started by Russia about three months ago, but the flow of people to this European Union country has decreased from about 100,000 daily arrivals in March to about 20,000 today.”New refugees arrive from areas heavily affected by the conflict, the some after spending weeks hiding in bomb shelters and basements, often in a state of stress and anxiety”, the spokeswoman said. according to the United Nations, they exceed eight million people.Source:O País