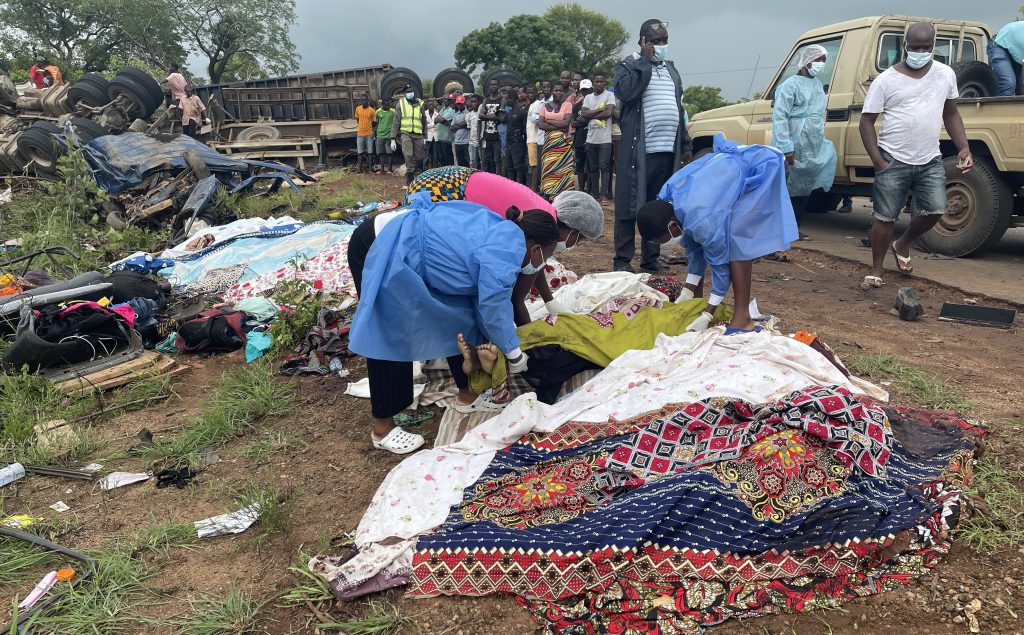 Twenty-seven deaths and four serious injuries, including extensive damage to vehicles, is the balance of the ostensible collision-type accident between cars that took place this Saturday along the N1, in the village of Mirongone, locality Lia-Lua district of Mopeia, province of Zambézia. The collision involved a horse truck and a semi-public transport of passengers. The accident occurred shortly after 1 pm. In the overcrowded minibus, 25 passengers followed. Among them 21 adults and four children. Of the children, three lost their lives on the spot and one, seriously injured, was evacuated to the hospital. In the horse truck, where six people were following, four lost their lives. Among the bodies, three were installed after the cabin overturned. Two people suffered serious injuries. The horse truck was going south-north and the passenger semi-collective, in the opposite direction. It appears that when they arrived in the village of Miringone, the truck left its carriageway, invaded the semi-collective lane and, subsequently, collided violently, causing considerable human and material damage. As a result of the collision, 23 people lost their lives in the minibus and four in the horse truck. Population data differ from those of the authorities. Source: O País